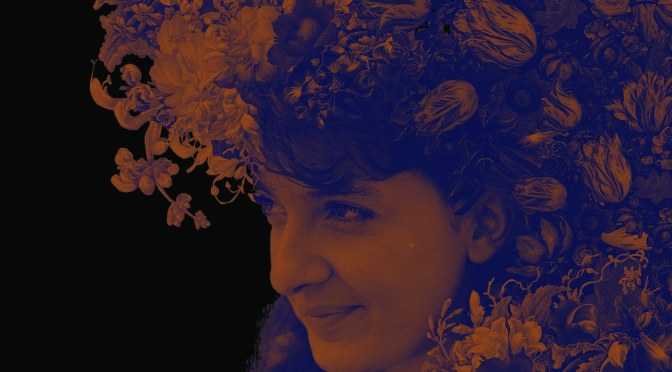 “DADA – An essay in movement “  is a reconstruction of a crime that after 20 years is still not solved.

In the reconstructed living room of an apartment in Belgrade, with tape on the floor in the style of “Dogville” , the performer and the audience are both witnesses and accomplices. The audience is invited to choose the sequence of events, that bit by bit reveal the life, work and death of a 30 year old journalist that was murdered 20 years ago. Her death was staged as suicide. When they reach the last sequence, it is left untold, just as the truth has still not been reached. Then the wild essay in movement takes place in the deconstruction of the elements of the set, in search of the light in this tunnel of darkness.

No performance is ever the same, but each reaches its goal: the response and reaction, both emotional and rational, of the audience. It is the phase of deep transformation, empathy and awakening.

„ DADA-An essay in movement “ is a performance about Dada Vujasinović, a journalist of the magazine “Duga” who was a war reporter from the beginning of the civil war in Yugoslavia, to continue reporting in an open, clear and truthful way about the political and social scene of Serbia, and the backdrop of the civil war. She was found dead in her family apartment on the 8 th of April 1994. The official version of the regime proclaimed it was suicide. She was thirty years old.

Dada Vujasinović was my childhood friend. We belonged to the same, as she used to call us, „sacrificed generation“ that the war of the nineties left deep scars, invisible or evident.

The unresolved traces of those times are suffocating the time we live in. The unsolved death of a brave young women contributes to the general paralyses and despair of a country, that is still to prove if it has enough strength to deal with the ghosts of the past. To prove if it has enough conscience and consciousness to develop into a country of righteousness and safety in which our children would want to stay and live.”

The end notes of this essay in movement will contain fragments of memories and facts, and artistic interventions, that will, as pieces of a jigsaw puzzle, in the end, paint the life and work of Dada Vujasinović , and the times she lived in, with a special emphasis on the last four years of her life, that are the first four years of the bloody civil war on the territory of former Yugoslavia.

The audience will be the one choosing the order the end notes will be presented in the theatre space, through texts, videos, scenes or interventions in space. The essay in movement will be presented at the very end. 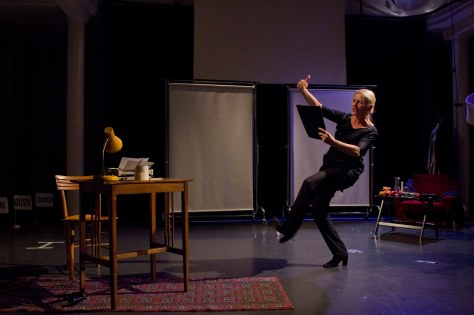 (performance in English in Serbian, with English subtitles)

“DADA” recieved  the prize “Branislav B. Čubrilović”  at  the Festival  PatosoOFFiranje in Smederevo (Serbia) in July 2014.

The prize is given to the author with the bravest and most innovative approach to art . The jury explained the decision in these words:

„Sanja Krsmanovic Tasic in her performance “O SAVESTI” with a daring approach in research through exceptionally strong multimedia artistic work speaks of a problematic and traumatic theme of political murder, activating the audience to search for themselves the answer to the question: “What is freedom? ” The author has presented the case of the murder of the journalist Dada Vujasinovic as a symbol of a constant battle for the freedom of speech, thought and creation.“