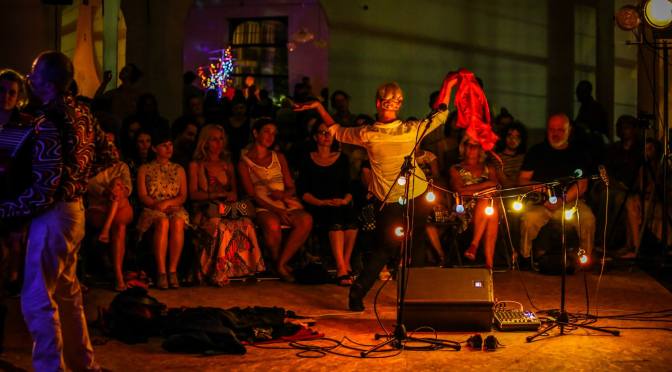 THE WELCOME is a play examining the revolutionary ideas and enthusiasm generated in Yugoslavia (SFRJ-Socialist Federate Republic of Yugoslavia) during and after the Second World War, through the reinterpretation of songs from the National Liberation Struggle (NOB) and the prism of a bitter awakening in which we now find ourselves, in a world of neoliberal capitalism and new colonialism of the XXI century.

Where has hope gone? Why is apathy the prevailing feeling in today’s world? Is there a possibility for Utopia? These are some of the questions we want to ask the audience and ourselves. The play is performed in the form of a concert organized as a sign of welcome.

Welcoming who, or what – is something we have to decide for ourselves.

“/…/ Because I write in the times of predominant, leaden and stifling contra-revolutionary shroud. Ideologically it solicits impairment of the whole history of SFRJ, not only as a job badly handled, but also as a venture that is from the start badly or even dangerously conceived But still. when I think about the project of liberated Yugoslavia, an Italian proverb comes to my mind “when a tree falls down, there is no more shade”: we are exposed to the full force of capitalist devastation.”

Premier of the performance: 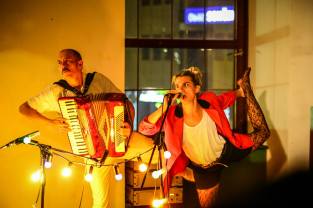